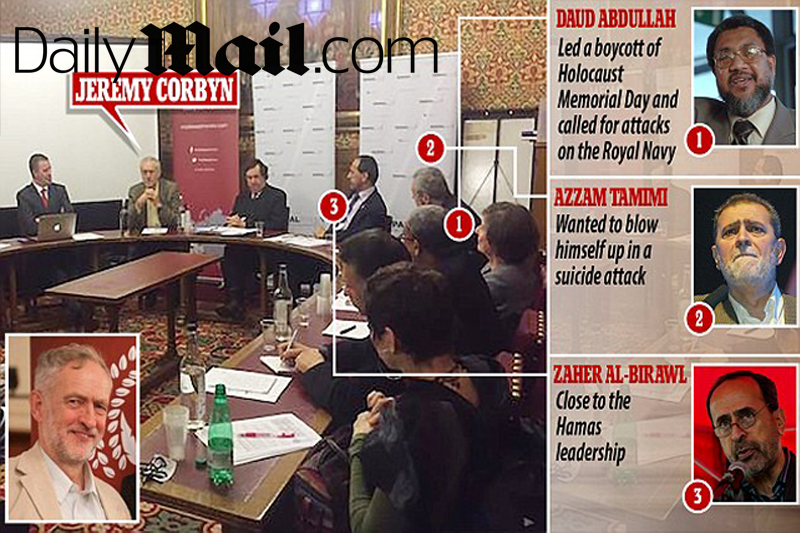 Jeremy Corbyn welcomed a group of notorious Islamic extremists to Parliament, including one who led a boycott of Holocaust Memorial Day and called for attacks on the Royal Navy, Jake Wallis Simons reveals.

The meeting, which took place in the House of Lords just six months before Corbyn became Labour leader, included at least four of Britain’s most influential extremists.