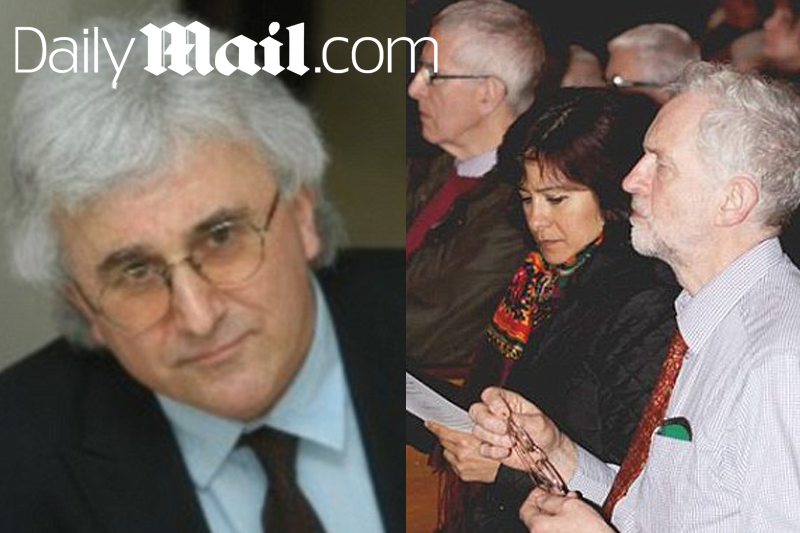 Paul Eisen, the self-professed Holocaust denier, has given Jeremy Corbyn his support in an extraordinary blog post in which he says that he has been close to the Labour leadership contender for more than 15 years.

‘One evening 15 years ago I cycled over to see [Corbyn],’ he writes. ‘I was just beginning to establish Deir Yassin Remembered [a controversial, pro-Palestinian pressure group] in the UK and I wanted him to join.

‘I’d hardly begun my feverishly-rehearsed pitch before his cheque book was on the table.

‘From that day on, without fuss or bother, whether DYR was flavour-of-the-month or the maggot-at-the-bottom-of-the-food-chain, he attended every single Deir Yassin commemoration.’