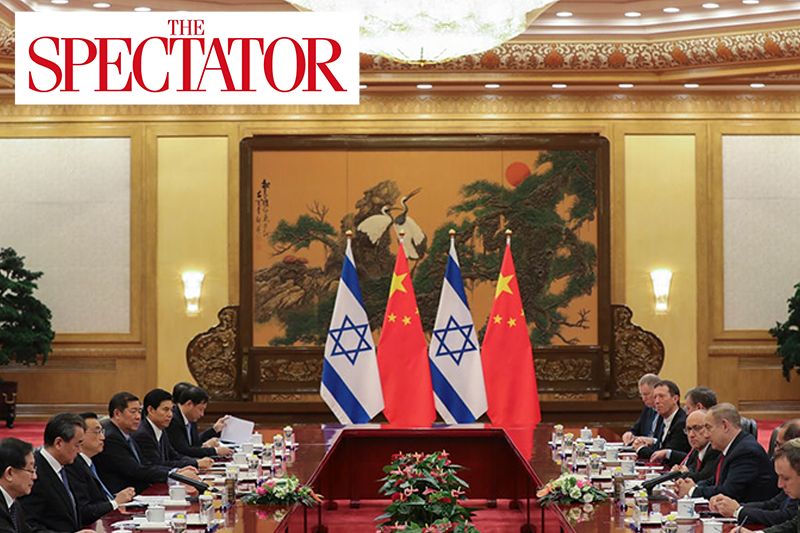 REVEALED: How China drove a wedge between US and Israel

Two weeks ago, CIA director William Burns – who has rather a lot on his plate just now – had a quiet word in the Israeli prime minister’s ear about Chinese investment in the Jewish state.

It was the latest and most urgent of America’s attempts to prevent Israel from slipping further towards the Beijing dragon’s maw, an issue which has increasingly threatened to drive a wedge between the two allies.

It’s no secret that in recent years, Uncle Sam has found himself asleep at the wheel while China has been pushing ahead in the global race. Four decades of pursuing a policy of friendship towards Beijing had simply opened the door to exploitation. With political, economic, academic and cultural spheres united under a nationalist agenda, China has been quietly rolling out a strategy for dominance. Now there is concern in Washington that Beijing has been targeting Jerusalem, seeking to narrow America’s Middle East footprint, undermine its alliances and aggravate its domestic politics.

In the last two decades, there have been more than 460 Chinese investments and mergers and acquisitions in Israel, totalling tens of billions of dollars. Today, there are up to 45 new deals annually. It will come as no surprise that these deals focus on infrastructure and technology – two key areas of security sensitivity…